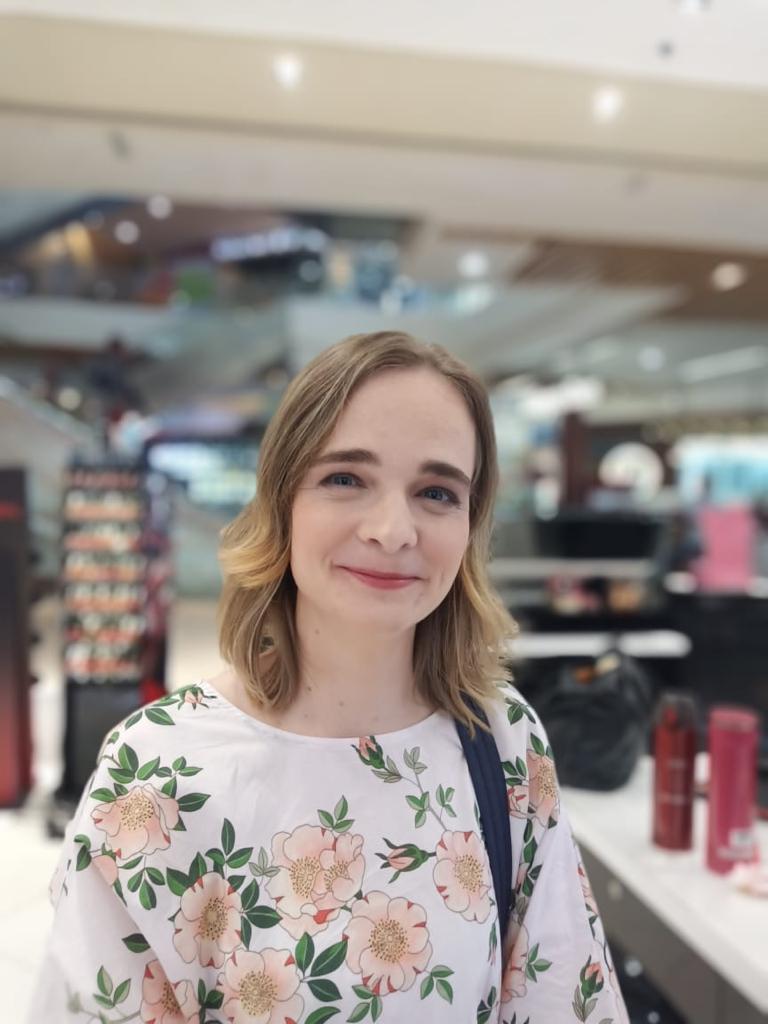 Originally from Germany, Mrs. Anna received her High School diploma from Mid Pacific Institute in the USA. She continued her studies at Asia Pacific University in Japan, achieving her Bachelor‘s degree in Social Science. She further continued studying Mandarin Chinese at Fudan University, Shanghai, China. Mrs. Anna started her teaching career during her time in Japan as teacher assistant for English at Kumon. In China, she became an English teacher at a private kindergarten, while pursuing the TEFL certificate. Since her marriage and move to Indonesia, Mrs. Anna has mostly taught English as a private tutor for individuals and small groups for adults and children. Mrs. Anna loves different languages and can also speak German, French and Bahasa Indonesia! She also loves Indonesian culture, her favorite is the Saman Dance. Since moving to Indonesia she is an active member of Yayasan, die Bruecke‘, which supports social projects for underprivileged Indonesians.

“In today’s society, we have to become global citizens of the world with a broad view of multicultural and multi-ethnic understanding, wherever we live. Learning another language isn‘t just about the language itself but also about learning another culture”.

Our Teachers - Made Arya Vidiarama

Mr. Vidi finished his study in 2021 at Gadjah Mada University. He took the Magister of Literature major because he loves literature. His interest in literature has grown since young Mr. Vidi found the excitement of the imaginary world in books. When he was a kid, Mr. Vidi also opened his eyes to English because his parents showed him English movies and songs regularly. As far as he learned English, Mr. Vidi discovered his new passion in teaching. He believes that he will study continually if he keeps teaching. Moreover, he's eager to help children to pursue their dream through English learning.

Mr. Vidi had experience in joining an international event namely Japan Cultural Camp. That event was attended by youths from ASEAN countries. He still has a dream to visit some other countries abroad.

Mr. Vidi’s suggestion in learning English is to love English itself. For him, English can be learned by doing some fun activities such as watching English movies, listening to English songs, seeing social media content, talking with our friends in English, and many more. Don’t be afraid to make some mistakes! The key to learning English is enjoying the moment when you learn English.

So, let’s enjoy our process!

Rizka Ayu Prihandani is a master graduate from Diponegoro University majoring in general linguistics. She cares about the world of education and children. She loves teaching English for children as it gives her so much joy and fulfillment. Moreover, she loves the world of volunteering and is experienced in voluntary works both in and out of the country. For her, volunteering is one way to foster a sense of togetherness which is ultimately great for one's mental health.

Furthermore, she enjoys reading books. Her favorite book is the one written by Viktor Frankl entitled Man's Search For Meaning. The book has taught her that the last human freedom which cannot be taken away is the freedom to choose a certain attitude in any given set of circumstances. In addition, she is fond of travelling. She believes that travelling can enrich someone intellectually as well as spiritually. She has been to 11 countries in Europe and is eager to travel more to other countries when she has a chance.